Matt’s background is in Video Production and Marketing Management. Because his experience isn’t limited to film school and video production, he has a more mature understanding of the results-focused business world. He’s been in the client’s shoes when it comes to selecting and managing a vendor.

Other Seattle video production companies and video producers may be more interested in special effects and expensive shots than in understanding and communicating the client’s message. That’s not the way it works at GoodSide Studio. We begin with your goals in mind and every step serves to advance them.

Early in his career as a video producer, Matt worked on TV, feature film and commercial productions, just before the digital revolution. He’s excited to see how new technology has made video production more accessible and at the same time, has a great respect for the formal production system. He believes this balance of the old and the new sets GoodSide apart from those in our industry who have not embraced change as flexibly and also from semi-professional enthusiasts who lack respect for what came before.

We hope you’ll contact us soon to help you with your video project. 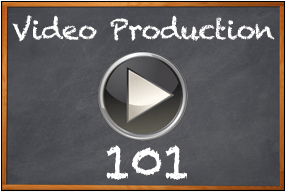 GoodSide’s innate sense of organization and work-flow, combined with a sensitivity to what is going on in the heads of the various players on shoot-day, made for a relaxed and enjoyable experience for all. Most importantly, since launching on our website, the video is clearly having a real impact on our product sales.

GoodSide walked me through production from beginning to end, and provided all the services needed to put together a top-notch program, starting with script review and ending with package design for the discs.

Results that Thrilled Our Customers

GoodSide’s commitment to quality, integrity, and clear communication gave us results that thrilled our customers. They always brought the projects in on deadline and on budget. Matt Krzycki is the best video producer in the Seattle region.

On Time and Within Budget

No matter what the project, I know I can count on GoodSide to provide a reasonable estimate, creative ideas, and thorough follow through; completing everything on time and within budget. They are extremely knowledgeable, professional, and responsive. I’m confident I’m in good hands when they are on the project!